In the Seventh Fruit, Bonaventure reflects upon the sentencing of Jesus to death by Pontius Pilate, his torture and execution on the cross. He again sets in stark contrast the impiety of Jesus’ persecutors with his humility, mercy and grace. Bonaventure seeks to portray yet again for his audience, as promised in his prologue, the nature of a life crucified with Christ. In this fruit, Bonaventure seeks to underscore the humility of Christ. Rather than vindicating himself against his persecutors, Jesus allowed them to take his life. The purpose of this sacrifice was ultimately the salvation of humanity. Within the sufferings of Christ, Bonaventure finds spiritual healing for all who belong to Christ. In addition to examining the sufferings of Jesus, Bonaventure likewise seeks to examine the last statements of Jesus from the cross from his declaration of his thirst to the entrusting of his mother to the care of his beloved disciple. In each moment, Bonaventure seeks to find the deeper significance of each moment in the last hours of Christ’s earthly life. Join us this week as we explore the passion of Christ as seen through Bonaventure’s reading of the Gospels.

In the Eighth Fruit, St. Bonaventure discusses the final moments of Jesus on the cross. Bonaventure seeks to paint a vivid image of Christ’s death with the darkening of the earth (most likely an instance of a solar eclipse) and the rending of the temple veil from top to bottom, the earth quake and the opening of the tombs.

Throughout this fruit, Bonaventure underscores the sacrificial character of Christ’s death on the cross. Drawing on theological concepts in the Epistle to the Hebrews, the Pauline Epistles and the Gospels, Bonaventure seeks to exalt the greatness of Jesus by emphasizing the expiatory character of his death on the cross. Bonaventure describes Jesus as the High Priest who offered his own life for the sins of the people. We know how this is in stark contrast to the numerous sacrifices offered under the old law. In those sacrifices, none of the priests or even the high priests ever offered themselves as the expiatory victim. Instead, the victims of the sacrifice were usually animals. Bonaventure sees in the self-sacrifice of Jesus further grounds for the Christian’s complete devotion to Jesus.

Lastly, Bonaventure also mentions the intense devotion of the disciples left remaining at the foot of the cross. In addition to mentioning Mary the Mother of Jesus, Bonaventure also draws attention to Mary Magdalene. He notes that in contrast to the other disciples who fled the scene, Mary was intensely devoted to Jesus as shown in her desire to stay as close to Jesus as possible after the crucifixion. He notes that despite the dangers posed by the darkness of the night and the cruelty of Jesus’ persecutors (both Roman and some of the Jewish leadership), Mary Magdalene sought to go to Jesus’ tomb in order to anoint his body for burial. Bonaventure’ objective in mentioning the intensity of the Magdalene’s devotion as well as the other disciples of the foot of the cross is to underscore the type of devotion which should characterize the readers or listeners of this text. By fully realizing the greatness of the devotion shown by the women who follow Jesus, despite the personal dangers to their own safety, Bonaventure supposes, readers can be inspired to mimic their devotion to Jesus, even though separated from these historical events by hundreds of years.

Join us this week as we talk more fully about Bonaventure’s take on the sacrificial character of Christ death on the cross and the events surrounding his burial.

To listen now, click on the play button in the player above.

To automatically receive each new episode when its released, subscribe to our show, Catholic Heritage Spirituality on iTunes.

Thank you for visiting us at Catholic Heritage Spirituality

How to Connect with Us 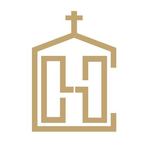